Tim’s Twitter Listening Party on Thursday June 17th 2021 at 9pm. Follow #timstwitterlisteningparty and @George_Shilling for the lowdown on the making of the album 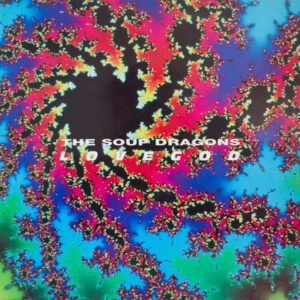 …and I had had some success, engineering Coldcut and Yazz hits for Big Life Records. Meanwhile, the label’s indie guitar band the Soup Dragons had embarked on recording a new album with producer Nick Tauber, but were unhappy with the results. Frontman Sean Dickson had other ideas, and loved a downtempo dance remix of Mother Universe released the previous year. This was long before the Stone Roses released their debut album, despite accusations that the Soup Dragons jumped on their bandwagon. I was brought in to help and in a very short space of time we had re-recorded most of the overdubs, replaced drums with breakbeats, and added a few “unusual” sounds. The album was readied for release and it hit the shops.

Then the idea came of recording a cover of the Rolling Stones’ obscure B-side “I’m Free”. Sean had a drum loop, and said he wanted it to have a “really gospelly feel”. I therefore suggested we employed a real life gospel choir, perhaps not realising how expensive that was. However, we had 30 of them in the studio, got Junior Reid formerly of Black Uhuru to do the reggae toasting (what a character!) and the rest is history! After we’d finished, the label kindly offered me a co-production credit due to the input I’d had! The single reached number 5 in the UK charts, and the album sold over half a million copies in the US.

Sadly I couldn’t persuade Hifi Sean to include me in the official tweets for the listening party, but here are my contributions from the proceedings…!

1/2 The first version of this album was released without I’m Free; we hadn’t recorded it!
Sean told me he imagined it really “gospelly” so I suggested getting the gospel choir in!

2/2 It was expensive – there were about 30 of them. All the management and label came along to the session to make sure it didn’t extend into a second MU session and cost double!

Junior Reid @realjuniorreid was brilliant; I also worked with him on sessions with @Coldcut and his solo album produced by Dave Dorrell.

Junior Reid invariably turned up with a young lady, roll up the most mind-bending enormous spliffs, and was the sweetest, most chilled-out dude ever.

The original multitrack was about 9 minutes long, which made it easy doing the 12” mix! It gave us plenty of scope for getting the choir to improvise.

.@jim_mcculloch ’s fabulous wah-wah guitar was recorded straight, then I bounced it across to another track whilst sweeping an EQ to create the wah-wah effects!

This is different from the version on the first (I’m Free-free) release of the album. Tweaked by Steve Sydelnik and Marius Defries in the studio next door  to where we were working for the second single release

Marius went on to work on some amazing records including Madonna but this didn’t quite hit the dizzy heights of I’m Free in the charts!

This was pretty much my favourite on the record. Had great fun with the studio tricks on this one with backwards stuff, gating, and programmed loops.

We were working on 24 track analogue tape, with my trusty Akai sampler and Atari ST computer synched up – running Cubase!

Had some fun with the beginning of this track – inspired by a soundtrack album opener from the late 60s.

Another great song… I programmed the drum loop using my Akai sampler and Atari computer – nothing too complicated there!

I kept the sample disks that we used for many years but I think I junked them all a while back. Lots of Bel Flanger on this one!
The spoken bits on this are rather bizarre!

We tracked this one from scratch as a B-side I think. Bit of a Suicide vibe with the drums!

I programmed the percussion on this I think, using Roland and/or Alesis drum machine samples in my Akai. Probably used the same fake wah-wah trick as on I’m Free here!

Some triggered gate fun was had with the guitar on this. I used my Atari Cubase and my Akai sampler to generate a pulse to open the gate in rhythm!

10 Kiss You To Death

We used to layer up drum loops taken from records. They were hard to find. I haven’t listened to this for ages and I’m surprised how good it sounds. I remember the mastering engineer Jack Adams said he cut it flat (i.e. no EQ!)

The band were between drummers when we were doing the album. Paul Quinn joined (I later worked with him in @TeenageFanclub) and learned to play all the loops for the live shows

I got employed to work on this album after the success I’d had with Yazz, Coldcut and Lisa Stansfield – all Big Life artists. They’d already burned the budget with another producer so we worked weekends in the small studio at @Liv_Studios

When the album got remastered and put up on Spotify some of the extra bonus tracks which had come out as extras on 12” singles had obviously been remastered from the vinyl… No one asked me, but I have digital copies of the original mixes, so they needn’t have done that!

What the Soup Dragons say…

“George always understood the method in my madness back then even though technically I was naive. Always trust those who put their trust in you no matter how much learning is involved in the process.”
Sean Dickson (HiFi Sean)

“The Soup Dragons worked with George over 3 fascinating and exciting years. His innate musicality and peerless technical expertise helped us transform our slightly chaotic kaleidoscopic dreams into solid musical reality with what seemed hardly any effort at all- and always with a patient smile on his face! Thanks again, George !”
Jim McCulloch

“It wasn’t only the golden ears of George Shilling that made it a pleasure working with him during sessions with the Soup Dragons. It’s how he put you at ease in the studio..working as part of the team and quietly helped steer the ship and facilitate the making of our  sonic fruits. A wonderful man. A wizard of sound.”
Sushil Dade