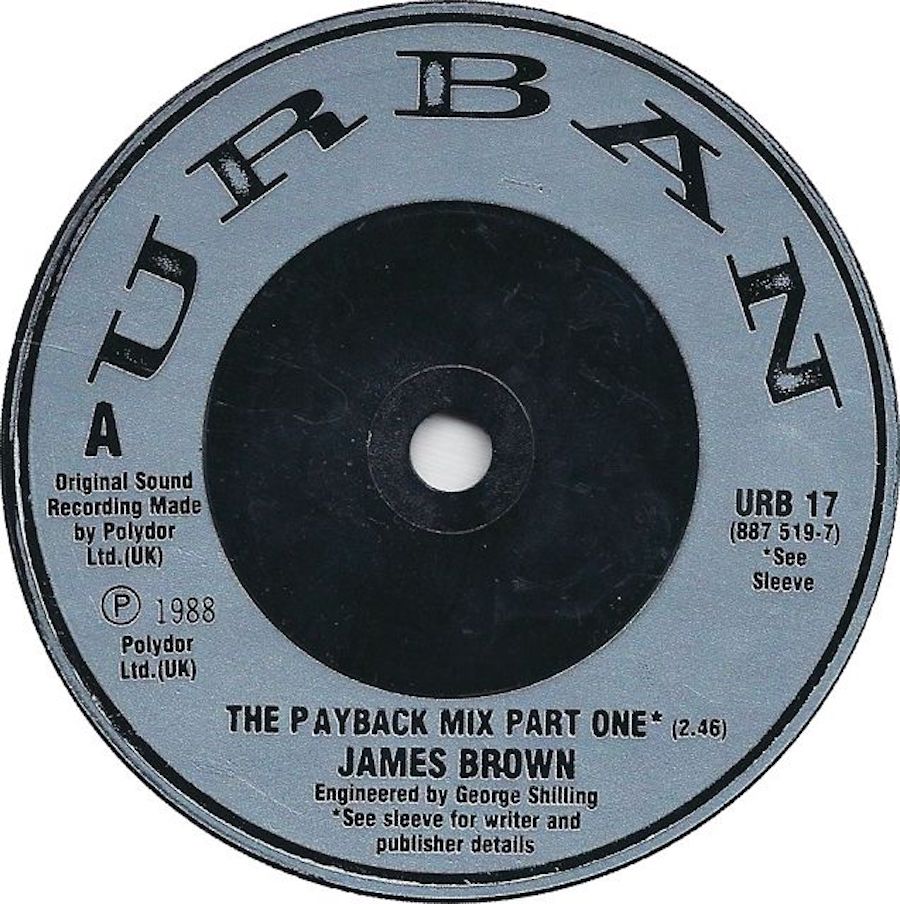 Yes, you might be surprised to learn that I’m credited on a James Brown record – which I am especially proud of! This was an officially sanctioned cut-up mix by pioneers Coldcut. I had to hone my editing skills as I cut slivers of tape in order to keep the joins feeling groovy and tight! I had not been credited on the previous Coldcut release – the 12” mix of Doctorin’ The House. So Matt and Jon (Coldcut) put in a special request for my name to be on this new single. However, they were not expecting chart success and didn’t want it to be seen as a follow-up to Doctorin’, so were credited as Matt Black and Jonathan More. Somehow, they got left off the label itself, so as you can see above, the only credit on the pressing was ‘Engineered by George Shilling’. Marvellous!