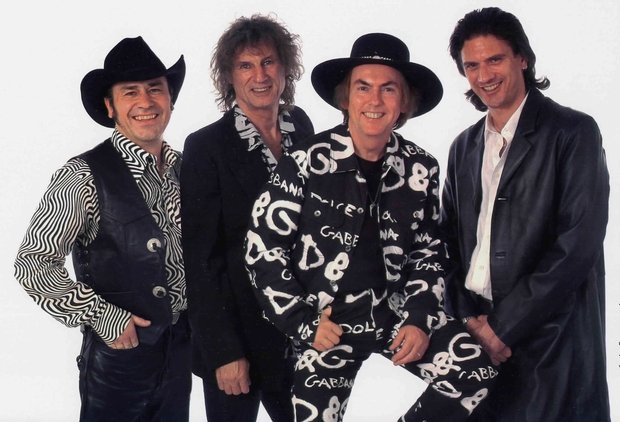 Slade descended to my old Bank Cottage studio thanks to a recommendation from Bill Hunt who had co-written some songs with the band. Dave Hill was in touch for a few weeks beforehand, frequently phoning me with ideas and suggestions as boarding a plane to play a gig in the Czech Republic or somesuch! Don Powell was an absolute sweetheart, seriously thumping the hell out of the kit, and the band were village celebrities for a few days, staying in the pub and surprising the locals!