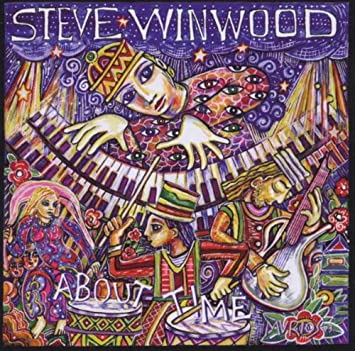 After joining the informal Tuesday Night Conversation Club (which mainly involved imbibing copious quantities of ale) with Steve and a few mates including Gordon Jackson, Mike Kellie and Bill Hunt of the Ancient Order Of Froth Blowers, Steve asked me to man the recordings for this album. It was a return to form for Steve, with him playing organ, singing and simultaneously doing the bass parts with the organ pedals – amazing skills! I engineered all the recording in his newly built Wincraft Studio, an enormous barn with the control room down some stairs and with no sight lines, but a good selection of microphones. There was no conventional desk, this was an early experience of using outboard preamps and Pro Tools for me, instead of an old fashioned analogue desk and tape machine. We had catering and often after dinner there would be a bit of a jam session – Steve would play mandolin, bass, guitar, anything to hand – such an amazing musician!