John Leckie and George Shilling – the cartoon! How I got animated at Abbey Road with RecordProduction.com… 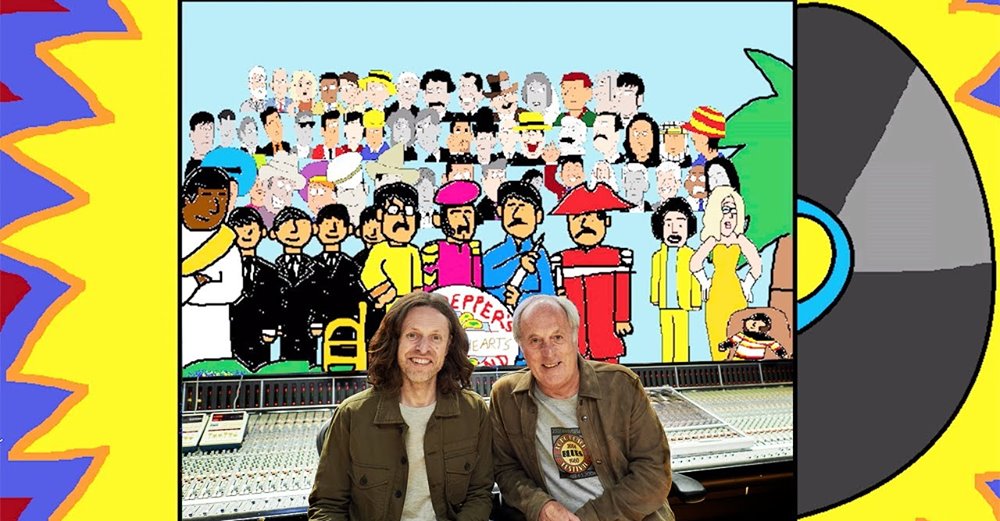 John Leckie and I have known each for many years. We have worked together a few times. I engineered sessions upstate New York with Brooklyn NY band Longwave back in 2003. And we also did a short stint at the legendary Rockfield with Irish rockers Relish.

I have also had a long association with Mike Banks and his website RecordProduction.com. We have filmed interviews with many producers over the years.

I have interviewed John Leckie a few times for Mike’s website and also Resolution Magazine. And I generally hang out with John at the annual MPG Awards. We traditionally stay in the same hotel and share bus rides and taxis!

Here is the whole interview shot with an audience of esteemed producers and engineers in the control room of Studio 3 at the world famous Abbey Road. John started his career here in 1970. Since then he has worked with the likes of Pink Floyd, Stone Roses, Muse and Radiohead… The bigwigs at the studio didn’t want the footage to go out as shot for political reasons, so Shane Howard put this amazing animation together. The interview starts with a bit of the real us…