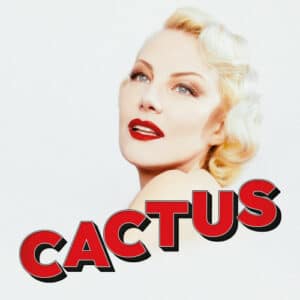 I just mastered this mini-album by Zemfira (now based in Paris) and her producer Dmitry. (In Russian: “Земфира & Дмитрий Емельянов”.)

It is a wonderful and diverse soundtrack album. This accompanies a stage show featuring Zemfira’s partner Renata Litvinova called “Cactus”. The title track (track 13 on the album, “Кактус”) is a beautiful new song by Zemfira. Streaming links here https://band.link/cactus_ost

Following the Russian invasion of Ukraine, although not officially allowed to be called a war in Russia, Zemfira’s website and Instagram simply bore the phrase “No War”.

In March 2022 I mastered this new recording of her 2017 song which has Zemfira performing the song on piano and recorded on a phone, mutating into a rock-out end section with the band she formed with her nephews, The Uchpochmack. The video includes shocking footage of Russia’s military assault on Ukraine, and brutal assaults by the authorities on anti-war protesters in Moscow. Zemfira has removed all her other videos from YouTube and all her other posts on Instagram. Watch below…

I mastered a triple-live album for Zemfira in 2016. Since recording her first album in 1999, Zemfira has sold over three million records.

In 2020, Zemfira’s management contacted me to master a new single “Crimea“, after being unhappy with results from a major London mastering studio. Then in 2021 I mastered the new single “Ostin” which Zemfira has now released, along with the incredible animated video above! I have also mastered the new album Borderline. A re-recording of Crimea and a varied selection of terrific tracks are included.

Not long after finishing the Borderline album, I was presented with another entire album of material to master which comprises the soundtrack to a new Russian movie. You can view the trailer below and hear a few snippets of Zemfira’s music:

On finishing the Borderline mastering, I received this lovely message from Zemfira… “I’d like to say thank you for your professionalism, patience, sensitivity. The whole experience of mastering distantly is completely new to me. Nevertheless your work is incredible. Thank you. I am very happy to work with you and hope to having this opportunity again in the future.”

There is a great review of the album here. Listen below…